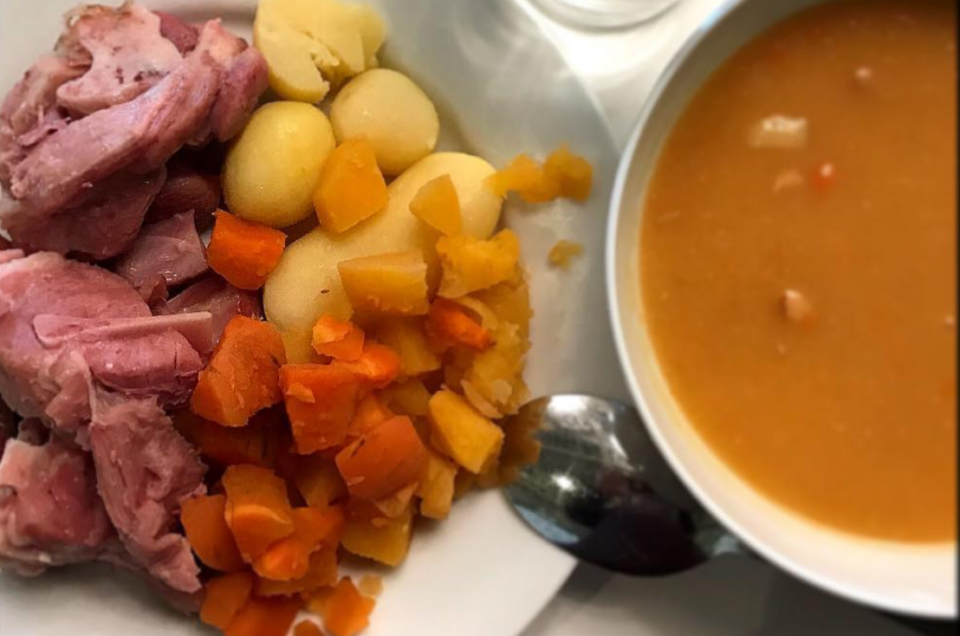 Forget about Pancakeday and Mardi Gras. In Iceland we have Burstingday (Sprengidagur)! After overdoing it yesterday with the Bun-day buns, we kind of don’t wanna see any creamy carbs today.

On the menu is meat, peas and salt. In copious amounts. And the plan is to eat till we burst.. hence the title Sprengidagur.

This peculiar tradition might possible be built on a misunderstanding. The German word ‘Sprengetag’ refers to sprinkling of holy water. Sprinkling the water on people, property and animals was part of preparing for the big fast when Lent arrives.

Regardless of the origin of the name and even though we have no intention to start a 40 day fast tomorrow, today is the day we eat till we burst. Salted fatty lamb with yellow split pea soup and cooked root vegetables. It’s delicious and hearty.

This dish used to be common in Icelandic households until the start of this century but now it’s mainly just served on this particular day. So if you have a chance to taste some, don’t let the opportunity slip.

Thoughts on Travel in Times of Covid19